WordPress 5.7 ‘Esperanza’: An Introductory Guide – In this article I am introducing WordPress 5.7, the latest WordPress core release.

You will learn what’s new in WordPress 5.7 and how to use or implement it.

It is the first major release of WordPress core in 2021.

Why is it Called ‘Esperanza’ ?

The name ‘Esperanza’ is in honour of Esperanza Spalding, a modern musical prodigy.

Who Are the Team Behind the Release?

These are the main people involved in this new release (source: WordPress.org):

What is the Version Before WP 5.7?

At the time of writing there are no known issues reported by users who updated to the latest version.

How Can I Go Back to a Previous WordPress Release?

If you want to go back to an earlier release, you can check my other article on How to Downgrade WordPress.

The following is a list of new features from WordPress 5.7:

New Editor Easier to Use

Reusable blocks are now more stable and easier to use. And now they save automatically with the post when you click the Update button

This new streamlined color palette collapses all the colors that used to be in the WordPress source code down to seven core colors and a range of 56 shades that meet the WCAG 2.0 AA recommended contrast ratio against white or black (source: WordPress.org).

Arguably, this is probably one of the most prominent features of the new release, along with the new Robots API.

While before you needed a plugin to force the HTTPS protocol on your WordPress website, now you can do it directly from Tools > Site Health.

Another major feature, after the one on the HTTPS protocol mentioned above, ‘lets you include the filter directives in the robots meta tag, and the API includes the max-image-preview: large directive by default’.

Now it’s simple to let iframes lazy-load. By default, WordPress will add a loading="lazy" attribute to iframe tags when both width and height are specified (source: WordPress.org).

In 5.7, jQuery gets more focused and less intrusive, with fewer messages in the console (source: WordPress.org).

Please let me know if you liked the post. Just click on one of the two buttons
share:
No Comments
TAGS : wordpress wordpress.org wp tavern yoast 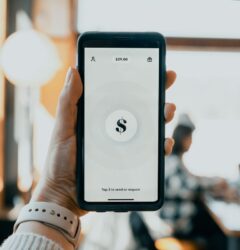 Accept Bank Transfers and Set Up Direct Debit in W How to Use Zoom Meetings with WordPress (Easy 2021